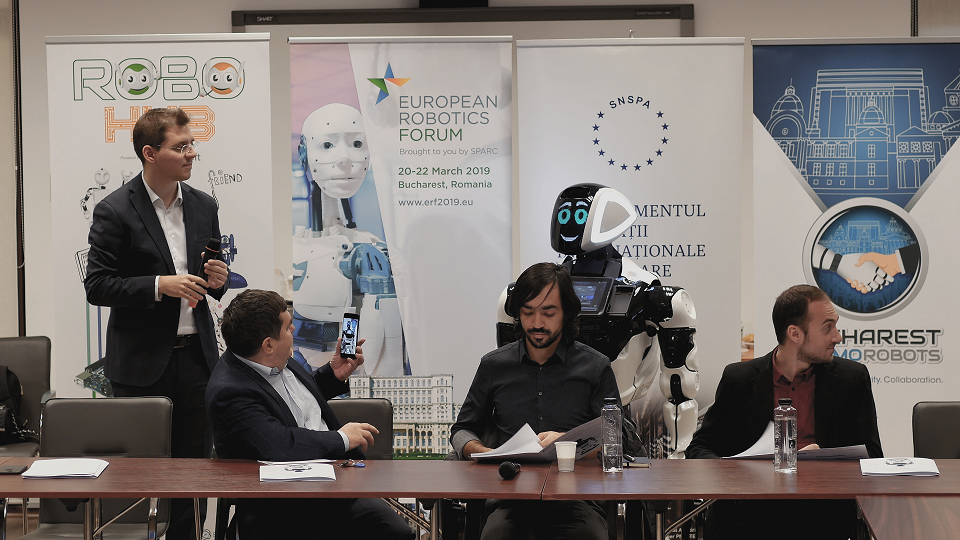 E-Civis Association and the National School for Political and Administrative Studies (SNSPA) organized on Monday, December 10 th, 2018 the round table "The Impact of Robotics and Artificial Intelligence on the Future of the European Union" – an event held as a preview before the European Forum of Robotics 2019 organized in Bucharest.

During this meeting E-Civis Association launched the Map of Robotics in Romania (www.hartaroboticii.ro), a tool for visualizing the robotics community in our country and was announced the Ambassador of the Romanian Robotic Community in the person of Mr. Victor Negrescu, as an appreciation of his support for the organization of the European Week of Robotics in Bucharest.

"The digital sector already contributes to Romania's economy by 6% of GDP. If we know how to use the financial resources available at European level and the existing competence in the Romanian innovation sector, our country can be one of the main players in the field of robotics and artificial intelligence. In order to be able to fully use the existing potential and to value it properly, we must participate in the European decision-making process in the field. The Romanian Presidency at the EU Council may be an ideal moment to promote Romanian innovation. This is why the organization of the European Forum on Robotics (www.erf2019.eu), a European event, is an important step in this direction, "said Victor Negrescu, Ambassador of the Romanian Robotic Community.

This message is only visible to admins.

Error: Error validating access token: The session has been invalidated because the user changed their password or Facebook has changed the session for security reasons.
Type: OAuthException